BURATOVICH, Luke Passed away on January 14, 2003 at Palm Drive Hospital. He was born February 15, 1915 in Oakland, CA. His parents were Ned and Mary Buratovich from Croatia. Luke worked for Southern Pacific Railroad for 41 years and retired in 1975. He and his wife Frances moved to Sebastopol in 1977. They met in Oakland at a New Years Eve dance in 1947. Frances says Luke came with a date, but Luke fell in love with Frances and nine months later on October 5, 1947 they were married. Luke loved to work with his hands, creating driftwood art with Frances and repairing things at their home. He served in the Army between 1941 and 1945 in the South Pacific and left with the rank of Sergeant.

In retirement, Luke and Frances traveled extensively. The trip they enjoyed the most was to New Zealand visiting with Frances’ sister. He was active with the Autumn Leaves Senior Club and Retail Clerks Retirees. He will be remembered by his family as a loving husband, father and grandfather who cared about others. Friends knew him as a generous, trustworthy man who was always willing to help. His granddaughters will always remember their “Dida.” Luke is survived by his wife of 55 years, Frances Buratovich of Sebastopol; sons Ned Buratovich of Campbell and Dr. Nick Buratovich of Mesa, AZ; granddaughters Jessica and Nicole Buratovich of Mesa, AZ; sister Bina Card of Walnut Creek; nieces Judy Card of Martinez and Susan Card of Walnut Creek; and cousin Dr. Andy Viscovich of Stockton.

The family would like to thank Dr. John Canova and the staff at Palm Drive Hospital for the very attentive care they provided during Luke’s illness. A Rosary will be held at 7:00 p.m. on Thursday, January 16, 2003 at St. Sebastian’s Church in Sebastopol with a Funeral Mass to be held on Friday, January 17, 2003 at 11:00 a.m. Interment to follow at the Calvary Catholic Cemetery in Santa Rosa. Arrangements under the direction of PLEASANT HILLS MEMORIAL PARK & MORTUARY in Sebastopol, 707-823-5042.

Some Photos from Dad’s Life 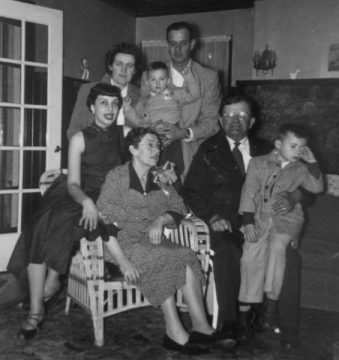 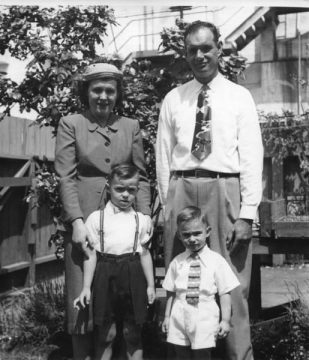 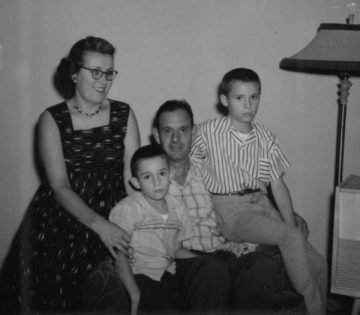 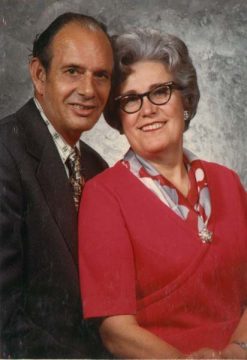 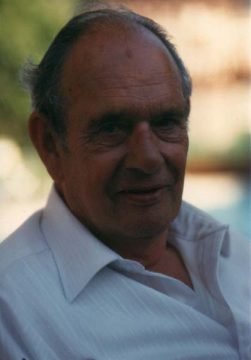 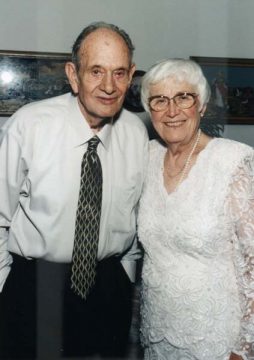 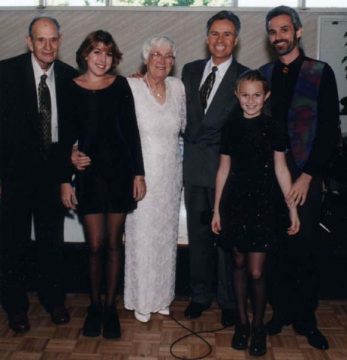 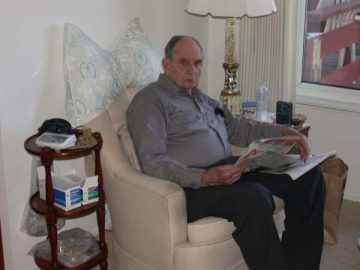 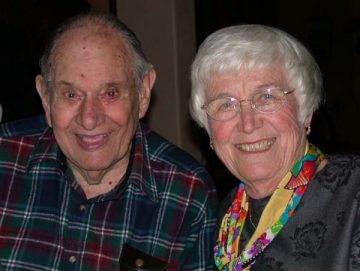 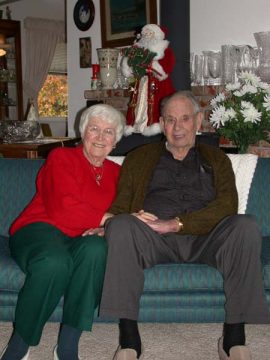 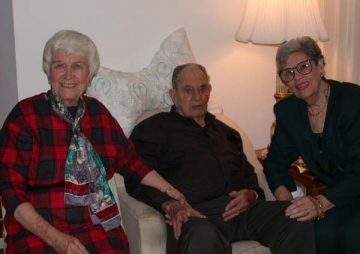 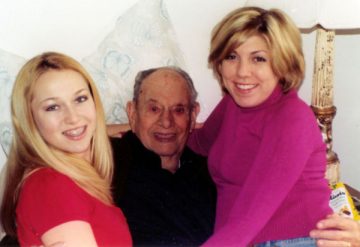 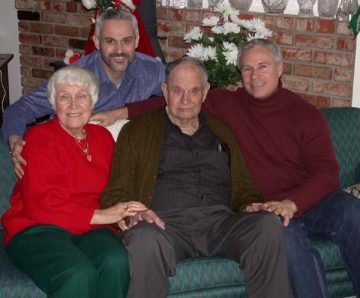 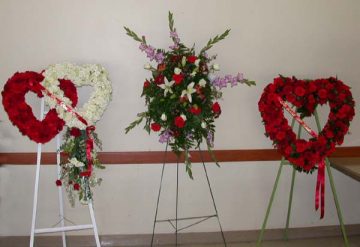 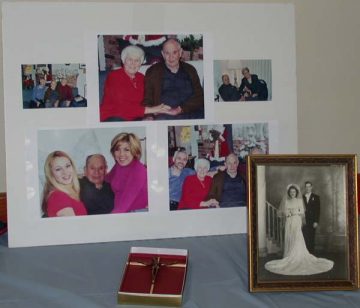 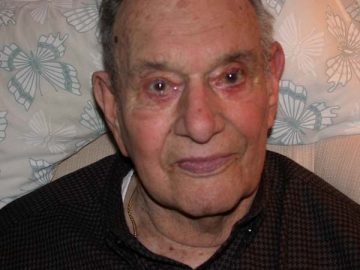 A note on dad’s services

emailed out to family and friends

On Thursday night, January 16, a rosary service was held at mom and dad’s parish church, St. Sebastian’s in their city of Sebastopol. Dad’s casket was in the entrance to the church where people could view him as they walked in. Mom said that he looked so peaceful and natural, almost like he was just about to speak. Floral wreaths and sprays were arranged around the vestibule of the church.

We also brought several photographs from dad’s life: a family portrait from when he was a child with his sister, father and mother; a portrait of him as a young man, his wedding picture with mom, a photo from their 50th wedding anniversary. My brother Nick also had enlarged some photographs that he had taken during our Christmas holiday: Dad with Mom, Dad with Mom, Nick and Ned, and Dad with his two granddaughters, Jessica and Nicole. He was smiling so wonderfully in these photos, happy with his family. We included those to celebrate how happy his last days were before he fell.

Many relatives and friends from the local area attended the rosary. We had beautiful music by a woman singer who also played guitar, accompanied by a man who played piano and cello. They sang like angels.

The next morning we celebrated dad’s funeral mass at St. Sebastian’s after another viewing in the church vestibule. The pall bearers were three of Baba Teresa’s grandsons: Matt, Marty, and Chris Kriletich, one of Teta Jaka’s grandsons: Frank Music, dad’s first cousin: Andy Viscovich, and a neighbor, a young man, Brian Heidle, whom dad had baby-sat since infancy.

We also had the singers perform throughout the funeral mass. Many, many friends and family attended the services, (maybe 150-170) many of them driving from very long distances. Had the funeral been on Saturday (the church already had baptisms and funerals then) and not Friday, the extra day would have increased the numbers by 100.

The priest, Monsignor Hines, celebrated the mass and delivered a homily about the goodness of Luke Buratovich. After mass, the funeral procession proceeded to the Calvary Catholic Cemetary in Santa Rosa, about 15 miles away. The family limosine followed the hearse. Inside the limosine, rode Mom, Nick, Jessica, Nicole, me and my fiancee, Cynthia, Teta Bina and Judy and Sue Card. Many other cars followed in the procession down Highway 12 through thick ground fog and stands of barren trees.

At the cemetary, we held a brief service to bid dad farewell. There were so many people that they all couldn’t fit into the chapel. After the service, Mom was given the crucifix from the casket and a folded American flag, in honor of dad’s four years of military service to his country.

We then returned to the church for a gathering at the church hall. Food and refreshments were provided by the Young Ladies Institute, an organization that mom belongs to. All of our family and friends had a chance to visit and talk with each other. I delivered a brief eulogy for my dad. I talked mostly about the memories of his good life, his generousity, and a few other stories. There was no way I could honor his whole life adequately with just a few minutes of stories, but I did my best.

A Thank You Note

On behalf of my mom, who has received such an outpouring of love and support from family, friends and community, please accept my heartfelt thank you. Many, many people sent flowers, donations for masses or charities, phone calls, visits, and other forms of support. Sympathy cards are still coming in, mom has received over 200.

On my own behalf, thank you to so many friends who responded to my brief e-mail announcing dad’s passing:

Last night my father, Luke Buratovich, passed away. He was 87 years old. You may have known he had a very tough year in 2002, fighting off congestive heart failure in the winter and spring, then rebounding somewhat miraculously in the summer and fall, through my mother’s unflagging care and attention.

He had wonderful holidays this year, with his whole family, wife, sons, granddaughters, sister, nieces around him. Then on 12/31 he fell at home, broke his hip, endured a 4-hour surgery and a week in ICU. He appeared to get better, then all his systems began to fail. Yesterday the doctor told mom: call the boys, Luke doesn’t have long.

I was able to be at his side when he died. He was a very good man. I loved him very much.

Thank you to all who sent your sympathy, love and support, cards, and e-mails. I truly feel blessed. Thank you to family members for all manner of emotional and other support during this time, especially to my brother, Nick. Thank you to Cynthia, who was at dad’s bedside when he passed, and who helped me manage in the days that followed.

Thank you most of all, dad, for being such a good dad.

God saw that he was getting tired,
and a cure was not to be.
So he put His arms around him
and whispered,
“Come on home with Me.”

With tearful eyes we watched him suffer
and saw him fade away.
Although we loved him dearly,
we could not make him stay.